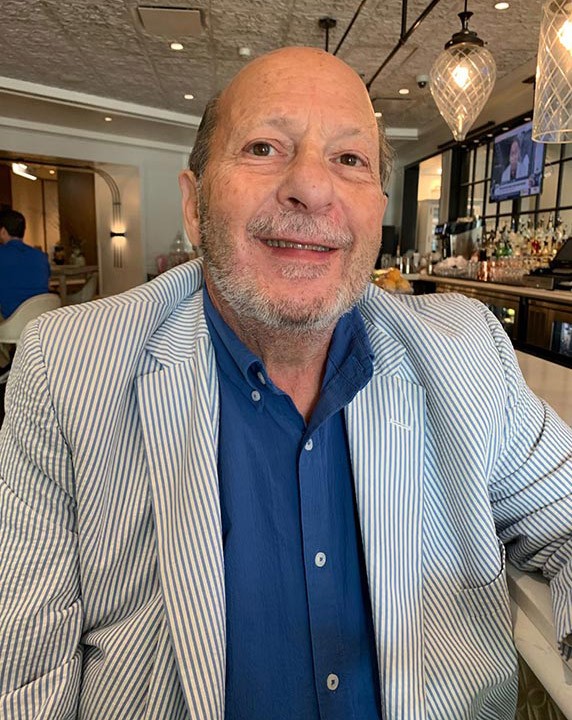 Michael was born June 21, 1949 in Detroit, Michigan to Emile and Maryrose Mahfood of Tyler.

He grew up in Longview, TX and married his sweetheart, Suzann Mahfood, in 1971 at The Cathedral of the Immaculate Conception in Tyler. They were joyfully married for 50 years until his death.

When Michael walked into a room, everyone knew it. That’s not just because of the smell of cologne and cigars. The man had a commanding presence. He once said, one of the most useful tools a man can possess is to know how he is perceived. Whether true or not, that belief and confidence led him to accomplish much in life and to impact many.

Michael was a brilliant entrepreneur. He owned First Mark Trading in Tyler from the early 80’s to 1992. Then in 1995, he started East Texas’ first website design company, GroupM7, when the internet was still in its infancy.

More than anything, Michael loved and was devoted to his family, and anyone else he adopted as honorary family members. Some knew Michael as a man who could be stubborn and resilient. But if you’ve ever seen him around his wife and children, you’ve seen how tender-hearted and patient he really was. Often when finished speaking with one of his kids, he would tilt his head down and give it two taps, which was a signal to kiss him on the head and say goodbye.

Michael was quite successful in life, and he was eager to share that success with others. Generosity flowed freely from his heart to his family, church, and community. He cared deeply about leaving this world better than he found it.

From 2012 - 2017, Michael served as the chairman of the Finance Board of the Catholic Diocese of Tyler under Bishop Joseph Strickland. He then served on the CHRISTUS Trinity Mother Frances Foundation Board in 2017- 2021. In September 2017, he was elected to the Holy Apostles College and Seminary Board of Directors. He was also the sponsor of the Michael and Suzann Mahfood Scholarship, which assists in the advancement of Catholic education.

Michael Mafood is survived by his wife Suzann Mahfood, his five children, their spouses and 16 grandchildren:

He was also survived by his sister Michelle Smith of Brenham, TX, and his brother David Mahfood and wife Peggye Mahfood of Tyler, TX.

He was preceded in death by his parents Emile and Maryrose Mahfood, his brother Philip Mahfood, and his sister Rosemary Primeaux.

Michael Mahfood will be honored with a rosary service on Thursday, Oct 7, 2021 at 6:00 pm at Cathedral of Immaculate Conception in Tyler, TX. A memorial service will be held on Friday, Oct 8, 2021 at 10:30 am and will be officiated by Bishop Joe Strickland. Reception to follow.

Memorial donations may be made to: